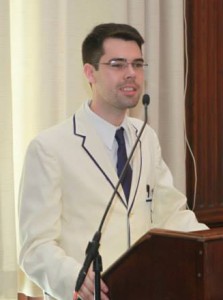 About Me
As a student at RPI, I became a brother of the Sigma Chi Fraternity during my Freshman year, and I had the pleasure to serve as Scholarship Chairman and New Member Educator for my chapter. Working with the greater Greek community, I helped found Greek Spectrum, served as Secretary and then President for the group, and created the education program which it uses to help educate members of the Greek community. I served as Treasurer for the Rensselaer Pride Alliance, helping to extend the group’s reach and also establish better connections with alumni, such as establishing the Lesbian, Gay, Bisexual, Transgender, and Allied Alumni affinity group. Since 2009, I have been a member of the LGBTQ Mentoring Network, serving as both a mentee as well as a mentor for two undergraduate students. Since being charged with the creation of the Task Force in 2011 by the then Dean of Student Life, I have also been a standing member of the LGBTQ Task Force, aiding in supporting and improving the campus climate for the LGBTQ community. From 2012-2014, I served as a member of the Student Union Executive Board with the position of Vice President in my last year. Lastly, since becoming a member of Phalanx Honor Society, I have been able to serve as President, Vice President, and Treasurer for the group.