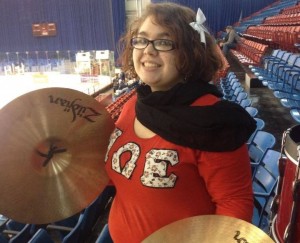 B.S. in Aeronautical and Mechanical Engineering, 2016

About Me
During my time at RPI, I have been actively involved in the Greek Community from the start of my freshmen year, as a sister of Alpha Omega Epsilon. I served two years on my sororities’ executive board as Secretary, and am currently serving one year as the president of Greek Spectrum, a LGBTQ educational group for the Greek Community. In addition, I was a co-founder as well as Vice President, Secretary and Treasurer of Active Minds at RPI , an organization that breaks down the stigma against mental health disorders. During my sophomore year I was the manager of the RPI Pep Band and have been the Flute Section leader for three years. I have been involved in the Rensselaer Music Association, a group that oversees over 10 large ensembles and 15 small ensembles as well as services for student musicians. I held the position of Publicity and Recruitment Chair for three years before currently becoming the President of the RMA. I was the membership chair of the Symphonic Band and Flute Section Leader for two years. I founded the Rensselaer Flute Choir my sophomore year and have continued to manage and perform in that ensemble. I have also performed in and helped manage the 8th Street Swing Band and Afro-Cuban Jazz Orchestra within the Jazz@Rensselaer program at RPI. During my junior year I became a Social Media Ambassador through RPI to share my experiences with prospective students. I am also a teaching assistant for the MANE department for Computer Aided Design or CAD.