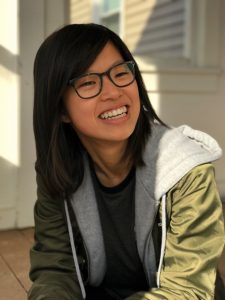 During my time at RPI, I’ve had the privilege of being involved in a myriad of activities. During my sophomore year, I was Head of Marketing for RPI’s first Sophomore Symposium, a professional leadership development conference tailored for RPI sophomores. I served as Co-President of the Chinese American Student Association and was a founding member/ Vice President of Scholarship of RPI’s Design for America chapter. DFA’s mission is to use human-centered design to create solutions for the local community and I held the responsibility of organizing skills workshops for our members focused on topics such as 3D printing, Adobe Illustrator, and web design.

As a junior, I spent one semester on study abroad as one of RPI’s first students at the Chinese University of Hong Kong. I also spent a semester on co-op with Johnson & Johnson specializing in software engineering and front-end web design. During my co-op, I was able to strengthen the relationship between Johnson & Johnson and RPI’s ITWS program and helped facilitate them to become a regular sponsor for the capstone class. I currently serve as the Vice President of RPI’s chapter of Gamma Nu Eta, the National IT Honor Society.