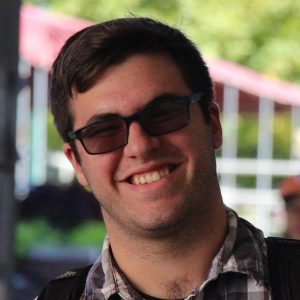 I have been very lucky to be a part of many significant and personally meaningful activities and functions during my time at RPI. During my first year, I was a part of the Information and Personal Assistance Center (IPAC) and became interested and involved in student government. That summer, I was an advisor for the Student Orientation/Navigating Rensselaer and Beyond (SO/NRB) team and was able to help new students acclimate to RPI’s climate and culture.

Sophomore year was a time of great growth and expansion when I joined the Delta Psi Chapter of the Sigma Chi Fraternity, a group I have grown to deeply love and which has taught me all that I know about how to be a good man. Also during the year, I became a coordinator of IPAC and returned to the SO/NRB team as a coordinator, a role which allowed me make a more positive influence than before.

My third-year led to my position of the Rensselaer Union’s Executive Board (E-Board) and ability to better help and understand student involvement at RPI. This led to my initiation to and involvement with the National Residence Hall Honorary (NRHH), also helped by my position as a Resident Assistant of with Rensselaer Residence Life.

Finally, my senior year has been busy with some of the most impactful leadership positions of my life. My second-year on the E-Board included my position as Chair of the Marketing, Advertising, and Publicity Committee which allows me to better progress the work of RPI’s student government and ensure transparency, communication, and student involvement.