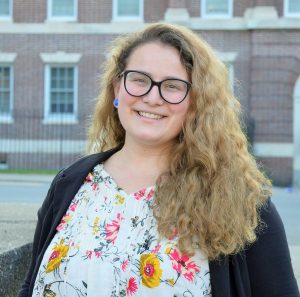 About Me
During my first semester at Rensselaer, I decided to go Greek and joined the Alpha Gamma Delta Women’s Fraternity. During my time as a member of Alpha Gamma Delta, I served as Correspondence and Publication Coordinator, House Manager, Philanthropy Chair, and Director of Senior Experience. I have served in several other positions in Greek Life including being Greek Senator which included being the senate liaison for the RPI Panhellenic Council. During my term on Senate, I chaired the Rules and Elections Committee, which is the group that makes sure the Grand Marshall week elections go smoothly and that each candidate follows the rules. I had previously served as Panhellenic Representative and Co-chair to the committee before becoming Chair. Additionally, I served a short term on the Greek Judicial Board before leaving campus to pursue a co-op.

Besides Greek Life, I am also involved in a couple of honor societies. The first one I joined was Sigma Gamma Tau, the Aerospace Engineering Honor Society, during the Fall semester of my Sophomore year. During my time in Sigma Gamma Tau, I have served as the Community Service Chair, Vice President, and President. During my time on the Officer Board, we worked to bring back Aerospace Day, which is essentially a career fair for companies in the aerospace industry. The second honor society I became involved in was Order of Omega, the Greek Leadership Honor Society. I joined in the Fall semester of my Junior year and have served as Secretary for the society, as well.

A club I have become very passionate about in my last two years at Rensselaer is Bwenzi, formerly known as LifeNets. The group works to raise money in order to purchase long-lasting, insecticide-treated mosquito nets to villages in Malawi. I have served as Treasurer for the club and also got the opportunity to go on the trip to Blantyre, Malawi over winter break (December 2017-January 2018) in order to hand out the mosquito nets to members of the villages.

During my final year at Rensselaer I became involved in two more groups. I attended the Professional Leadership Program, which is a weekly program that provides seminars about different aspects of leadership. Additionally, I became a Driver for the Safe Ride program which provides students that live both on and off campus a safe ride to their homes and campus at night.