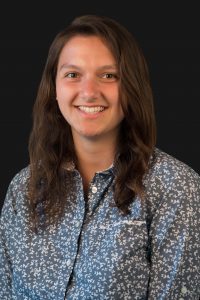 In my time here at Rensselaer, I have been involved in many activities on campus. One of the first things I became a part of was the math mentor program. I began as a Calculus 1 Mentor my sophomore year, and have worked my way through various roles in the I-PERSIST program to ultimately become a Lead Chemistry Mentor this past fall. Along similar lines, I am currently a Learning Assistant where I assist first-year students in becoming active, independent and successful learners.

I am also a part of RPI’s chapter of Habitat for Humanity, where we volunteer to help build houses locally on weekends as well as raise money on campus for the organization. I became increasingly more involved as I was the Advocacy and Awareness Coordinator my freshman year, Vice President of Campus Relations my sophomore year, and then President my junior year. I also play on the club volleyball team and was Vice President last year where I ran open gyms for anyone to come play! Finally, I am a sister of Alpha Gamma Delta and served as a Recruitment Counselor this past fall.