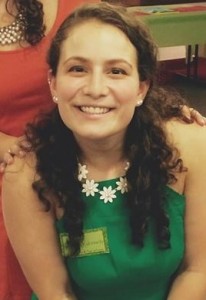 B.S. in Aerospace and Mechanical Engineering, 2018

While being a member of the Alpha Gamma Delta Women’s Fraternity I have held two positions; as a Freshman I was elected Correspondence and Publications Coordinator, and as a Sophomore I was elected House Manager. Outside of Greek Life, I am involved in various other clubs. As the secretary of RPI’s Weightlifting Club, I was very active in helping to get the club recognized by the Union. Additionally, I serve as the Panhellenic representative of the Rules and Elections Board. In Fall 2015, I was inducted into Sigma Gamma Tau, the honor society for Aerospace Engineering majors. Finally, I am also employed under SPAM which stands for “Student Peer Alcohol Monitoring”.