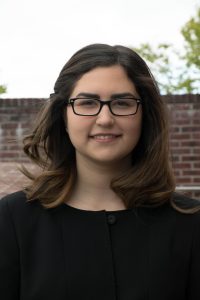 As a freshman, I became very involved in the Society of Hispanic Professional Engineers (SHPE) as the Freshman Representative. Responsibilities characteristic of this role include serving as the liaison between other freshman members and the Executive Board. I was also part of the SHPE Jr. committee as the Financial Coordinator. I worked with Amsterdam High School to inspire students to pursue STEM related careers and to plan and budget workshops and activities during the school year. This year, I served as the Vice President of SHPE. I am an adviser to the President and the SHPE Jr. committee. In addition, I was a part of the 38th Annual NSBE/SHPE Career Fair Staff as a Corporate Reception Committee Understudy. My committee planned the Corporate Reception and worked as staff during the Career Fair. I had the honor of being awarded with SHPE Region 4 Rising Star Award. This is awarded to one individual student who is either a freshman or first-year executive board member who has demonstrated outstanding potential in being a future SHPE chapter, regional, or national leader.